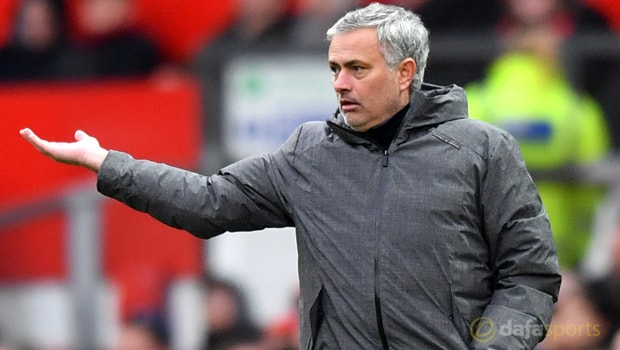 Jose Mourinho has hit back at Manchester United’s critics by insisting his side fully deserve to finish second in the Premier League this season.

United have occupied that position for the majority of the campaign and they currently sit two points clear of third-place Liverpool, while they also have a game in hand on the Anfield side.

With just seven league games remaining in their campaign, the Red Devils appear favourites to finish best of the rest behind champions-elect Manchester City and Mourinho believes they would fully deserve that standing, despite the criticism they have received in certain quarters this term.

“Manchester City is not important for me,” he said.

“Important for me is that, since the moment we left the first position and went to second, we stayed there for the whole of the season.

“We deserve to finish second in spite of what you can say, the criticisms you can make.”

Mourinho is irked by the lack of praise his side has received compared to their rivals, as he believes the league table shows they have performed well.

“You all say the third, the fourth, the fifth, the sixth are all better than us, but they are not better than us because we have more points than them,” he added.

United are next in action when they take on fierce rivals City at the Etihad Stadium on Saturday and a defeat in that match would hand the title to Pep Guardiola’s team.

Mourinho will be keen to make sure that does not happen and United are priced at 5.25 to secure a victory from the contest, while the Citizens are available at 1.62 and the draw is on offer at 4.20.