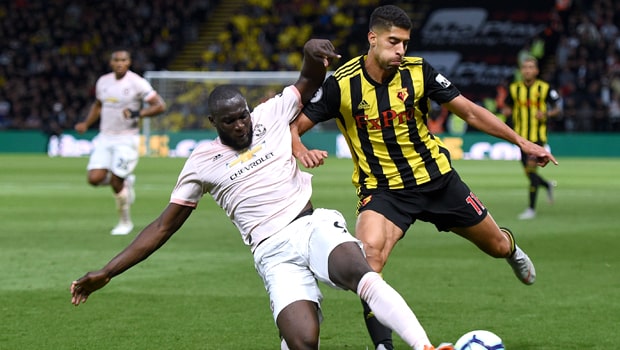 Manchester United manager Jose Mourinho says striker Romelu Lukaku is the “image of the team” after Saturday’s 2-1 win at Watford.

Lukaku opened the scoring in the first half and Chris Smalling doubled their advantage soon after.

Watford reduced the deficit in the second period through Andre Gray and pushed for an equaliser but were unable to find a second goal.

Lukaku made a key challenge in the right-back position in the latter stages of the match as he chased down Adam Masina, and Mourinho was quick to praise the Belgian international after the match.

“I think that last Romelu Lukaku tackle as a right-back shows everything,” said Mourinho.

“I think he is the image of the team, a team that played very well in long periods in the first half.

But we had the experience also here last season where they don’t give up and when the game is open they believe.”

United moved up to eighth in the Premier League as a result of the win but remain six points behind pacesetters Chelsea and Liverpool, with champions Manchester City also four points ahead.

Mourinho was delighted with the victory but is well aware United have some work to do if they are to close the gap on their rivals.

He said: “With this win we keep the same points as Spurs and Arsenal. We have that distance of four and six points to the other top teams – if we don’t win this match obviously that distance goes a little more.”

United are 34.00 to win the Premier League outright this season and 1.75 to beat Swiss outfit Young Boys in their Champions League opener on Wednesday.