Jose Mourinho ‘didn’t learn anything’ from US tour 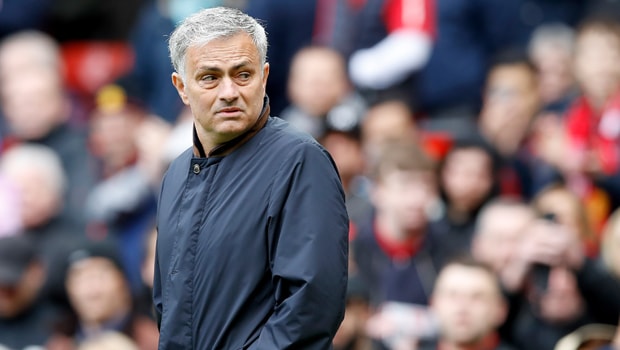 Jose Mourinho claims Manchester United’s pre-season tour of the US did not tell him anything which he does not already know about his players ahead of the new Premier League season.

The Portuguese tactician has cut a frustrated figure throughout the trip, bemoaning the loss of key stars because of the World Cup, players having extended holidays and the club’s failure to secure all of his transfer targets.

Indeed, Mourinho admitted that he is still not sure when French striker Anthony Martial will link up with the United squad again after he left the tour for the birth of his second child but failed to return.

However, he did reveal that Phil Jones, Marcus Rashford and Romelu Lukaku have cut short their holidays after the World Cup and will link up with the squad ahead of Sunday’s friendly at Bayern Munich.

And, when quizzed about how he felt the US trip went following Tuesday’s 2-1 win against Real Madrid in Miami which came courtesy of goals from Alexis Sanchez and Ander Herrera, Mourinho said: “I didn’t learn anything.

I know what Ander Herrera, Juan Mata and Alexis Sanchez are.

“I know the kids are very young and need time to grow up, I know my players gave everything and in the last 15 minutes, we are dead and they bring on Toni Kroos and Asensio and Isco and I thought we wouldn’t resist but we did.

“That’s the spirit we need, because our first two or three weeks in the Premier League are going to be really hard for us… we didn’t prepare for that.”

He added: “People like Herrera, [Eric] Bailly, [Matteo] Darmian, Mata, all these guys, were phenomenal during the whole pre-season, playing almost every minute of every game.

United start their Premier League campaign against Leicester on Friday, August 10 and they are 1.50 to make a winning start, while the Foxes are 7.00 to secure the three points, while the draw is 4.33.