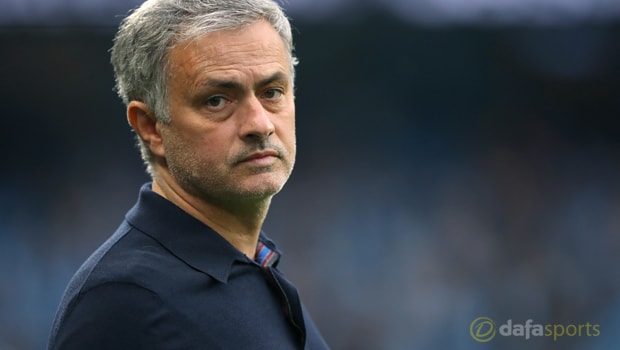 Manchester United have guaranteed they will finish second in the Premier League this season manager Jose Mourinho admits that was not their target at the start of the campaign.

United wrapped up second place with a game to spare thanks to Thursday’s goalless draw at West Ham, but they are set to finish a long way behind champions and fierce rivals Manchester City, who hold a 19-point advantage at the top of the standings.

Mourinho admits he cannot be ‘totally happy’ with second place, as United would have expected to challenge for top spot at the start of the campaign, but he believes his side have done the best job possible once a title tilt became out of the question.

“We are the second-best team in the Premier League, a fantastic competition with lots of good teams, with six teams trying to finish first,” Mourinho told reporters.

“We came second. I am not totally happy, that is not my nature. But since the moment we felt it was impossible to finish first we had the target to finish second and it is done today.”

The 0-0 draw with West Ham means the Red Devils have now failed to score in their last two matches, but Mourinho believes their display at the London Stadium was a marked improvement on last week’s 1-0 defeat at Brighton.

“I am not critical of the performance at all. Against Brighton, at half-time I told the players they were going to lose and tonight at half-time I said we would win,” he added. “I was wrong but we were positive in the game.”

The Red Devils will round off their Premier League campaign with a home clash with Watford on Sunday and they are priced at 1.36 to win that contest, while the Hornets are available at 8.00 and the draw is on offer at 5.00.