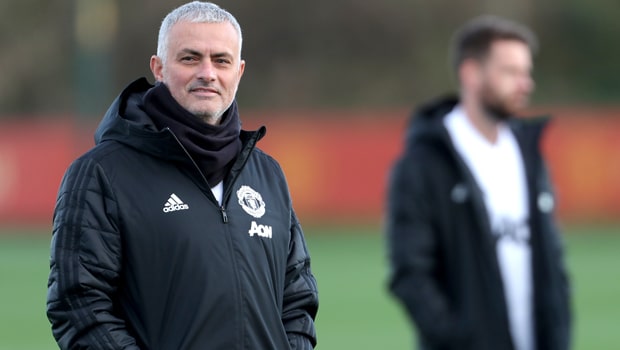 Jose Mourinho has told his misfiring Manchester United squad they must embrace playing at Old Trafford or else “stay at home” and watch on television.

The Red Devils were held goalless in the Premier League by Crystal Palace on Saturday and are back at the Theatre Of Dreams on Tuesday evening to take on Young Boys in the Champions League.

They have only three wins from nine home matches in all competitions this season and are the only team in the Champions League group phase without a goal in front of their own fans so far.

His team will qualify for the knockout stages if they beat Young Boys and Valencia fail to beat Juventus in Turin and Mourinho insists it would lack respect for the United supporters to suggest they are more comfortable playing away from home.

“If you feel pressure, stay at home – and when I say home, I don’t say stadium home, I say ‘home’ home and watch on TV,” Mourinho said.

“If you feel pressure to play matches at home where the people come to support…come on.

“I never felt pressure to play at home.” It has been ‘frustrating’ viewing for Mourinho so far this season, with his team often failing to bring their best stuff until they are behind or the clock is running down.

The Portuguese insists that he wants to see Man United taking the game by the scruff of the neck from the outset.