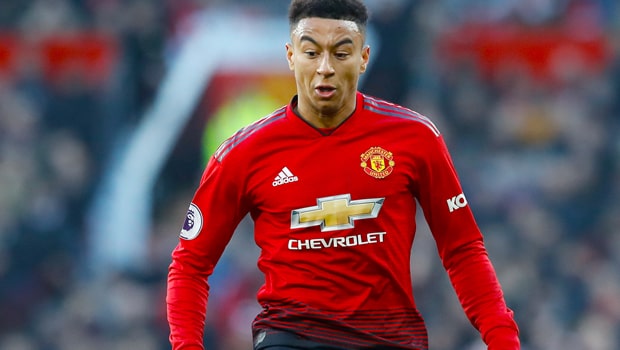 Jesse Lingard feels an early-season break has done him good personally and he’s now ‘raring to go’ to help Manchester United turn their collective fortunes around.

The midfielder was part of the England squad that reached the last four at the World Cup in Russia and that took its toll, resulting in the 25-year-old missing out for a period after the start of the new season.

He is now back fit and scored as the Red Devils twice came from behind to draw with Arsenal at Old Trafford in midweek. Lingard is keen to get his season moving in the right direction.

“We didn’t get much rest obviously in the summer after the World Cup, so coming back there’s always going to be little niggles here and there,” he said.

“Obviously it got to a point where I couldn’t carry on, so that break did me well and I am raring to go now. It was an enjoyable summer and a good season for me on a personal level last season.

“I wanted to kick-start this season in the same form and obviously you have setbacks throughout the season, but it’s how you bounce back.”

United are eighth in the league and eight points off the top four after the entertaining draw with the Gunners.

Lingard was pleased at the spirit shown in twice responding to going behind and he says there is still plenty confidence in the United dressing room. This month is a key period, he suggests.

“It’s a long way to go in the season, so for us it’s about taking every game as it comes and trying to get the three points. That’s the main thing,” Lingard added.

“Especially this month there’s a lot of games, so we need everyone in the squad to be fully fit. Obviously there will be a lot of rotation, but everyone is there to play and show 100 per-cent in each game.”

Manchester United are 8.00 to beat struggling Fulham 3-0 at Old Trafford on Saturday, with Lingard 3.10 to continue his good week by scoring at any time.