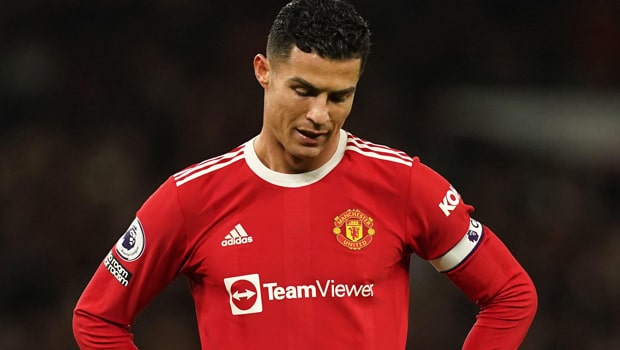 Manchester United talisman striker Cristiano Ronaldo has always had a ‘never say never’ attitude on and off the field. Ronaldo has said that anything less than a top-three finish in the English Premier League will not be acceptable. Manchester United is currently in seventh place in the standings with 31 points from 19 matches and they haven’t been at their best as they failed to come up with a collective effort.

Thus, the Red Devils quickly need to turn the tables in the second phase of the league. Ronaldo said he knows how the team can change things but he didn’t want to share the same as he thinks it would be unethical.

Cristiano Ronaldo said while talking to Sky Sports, “Impossible – I think it’s the main point”, Ronaldo said when asked if Manchester United can close gap with the top-4 teams without changing their mentality.

“I don’t accept that our mentality is less than being in the top three in the Premier League. I think to build up good things, sometimes you have to destroy a few things. So why not – new year, new life and I hope that Manchester (United) can be the level that the fans want. They deserve that.”

Ronaldo added that the team is capable of changing things in the remaining matches and he is optimistic of success in the remainder of the league.

“We are capable of changing things now. I know the way but I’m not going to mention it here because I don’t think it’s ethical on my part to say that. What I can say is we can do better – all of us. Manchester (United) belongs to important things, so we have to change that.

“I don’t want to be here to be in sixth place, or seventh place, or fifth place. I’m here to try to win, to compete. I think we compete but we are not yet in our best level. But we have a long way to improve and I believe if we change our mind, we can achieve big things,” he added.

On the other hand, the club’s new interim manager Ralf Rangnick hasn’t been able to hit the ground running as he hasn’t got the desired results. The Portuguese striker added that the German manager needs more time to get the best out of the players.

“Since he arrived five weeks ago he changed many things,” said Ronaldo. “But he needs time to put his ideas across to the players. It takes time but I believe that he is going to do a good job. We know we aren’t playing the best football but we have many games to improve.

“Since he arrived I think in some points we are better, but he needs time. It’s not that easy to change the mentality of players and the way they play, the culture, the system like that. I believe that he is going to do a good job.”

Manchester United will next take on Aston Villa at Villa Park on Saturday.