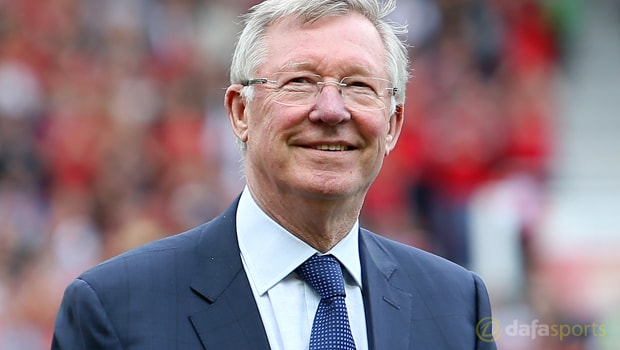 Sir Alex Ferguson feels the tough pre-season schedule that awaits Jose Mourinho and Manchester United will stand them in good stead for the campaign ahead.

United will return to the Champions League this season under Mourinho having won the Europa League final last month against Ajax.

With a tough season in store, United are off the to the United States where they’ll face neighbours Man City and Spanish giants Real Madrid and Barcelona in a series of five pre-season clashes.

The Red Devils have two friendlies against LA Galaxy and Real Salt Lake before International Champions Cup (ICC) fixtures against their Premier League rivals City and both Spanish sides.

Mourinho will complete his preparation for the new season with games against Valerenga and Sampdoria at the start of August and Ferguson has given his approval to the testing schedule.

“The more intense the challenge they can get, the better prepared they will be when facing Manchester City in an important league match or Real Madrid or Barcelona in Europe,” he told the club’s website.

“The preparation to play in games as big as that can be started in pre-season tournaments.”

Ferguson, the club’s all-time most successful manager, believes the big games against City, Real and Barca offer Mourinho a chance to blood some of the younger members of his squad.

“The great thing about United is you’ve got to accept the challenge of beating the best,” Ferguson added.

“The expectation is always there and the matches we’ll face in the ICC are all big ones.

It’s very good for the younger players to come into this type of competition in terms of preparing to be a Manchester United player.” United are 4.33 to win the Premier League next season.