FA Cup draw: Manchester United to host Liverpool in the fourth round 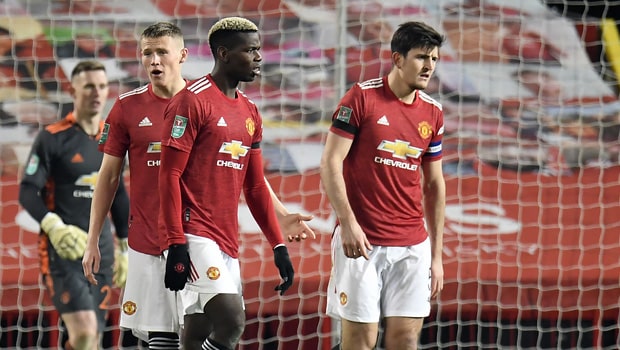 Manchester United and Liverpool will continue their rivalry in the FA Cup after both teams were paired together in the draws for the FA Cup fourth round.

The game will be played at the Old Trafford on a date of the weekend of January 23 and 24. While Manchester United defeated Watford 1-0 through an early Scott McTominay goal, Liverpool defeated an Aston Villa team filled with spirited youngsters 4-1.

Aston Villa had to field a team filled with their u23 players after coronavirus cases in their main squad.

Meanwhile, in other draws Premier League side Wolverhampton Wanderers will travel to Non-league Chorley who defeated a weak Derby County in the third round.

After beating Birmingham 3-0 in the third round, Pep Guardiola’s Manchester City will face League Two side Cheltenham Town at the Whaddon Road.

Crawley Town, who caused the biggest upset in the third round with a famous 3-0 win over Leeds United on Sunday, will face Bournemouth at the Vitality stadium.

Championship side Wycombe Wanderers will face Jose Mourinho’s at Adams Park, while Fulham takes on Burnley in an all-Premier League tie.

Frank Lampard’s Chelsea, after a 4-0 win over Morecambe will face Luton Town while Arsenal is rewarded with a tie against the winner of the Southampton and Shrewsbury town fixture.

The Gunners got a 2-0 win over Newcastle after extra time as Emile Smith Rowe and Pierre Emerick Aubameyang scored to send Mikel Arteta’s men through to the next round.