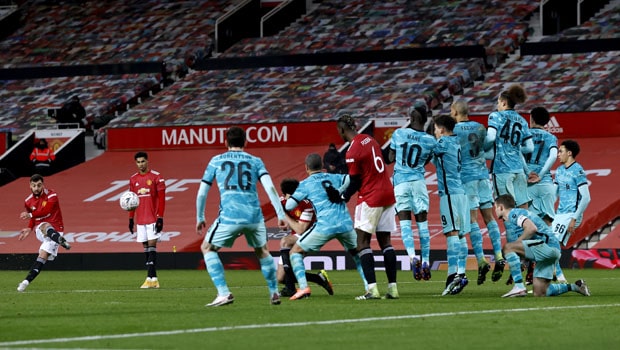 The game played at Old Trafford started with the visitors going in front through Egyptian forward Mohammed Salah in the 18th minute before Mason Greenwood equalized less than ten minutes later.

Marcus Rashford put Ole Gunnar Solskjaer’s men in front three minutes after the break but, the lead only lasted for ten minutes as Mohammed Salah drew both sides level.

With less than 15 minutes left before extra-time, Fabinho committed a foul just at the edge of the box and, it proved costly as Bruno Fernandes put the ball into the right side of the post.

From then on, Manchester United continued to dominate as they sought to extend the advantage but, they had done enough to move into the next round of the competition.

Furthermore, the FA Cup continues to be the only competition that the Reds have scored in 2021 as they are yet to find the back of the net in 3 Premier League matches played this year.

Meanwhile, Manchester United continues to prove to be in great form with their 9th win in 13 matches and their fourth win in their last five games in all competitions.

The Red Devils will face West Ham United in the quarter-finals of the competition at the Old Trafford in February.

In other results, Tammy Abraham’s hat-trick saw Chelsea past Championship side Luton 3-1. Abraham scored twice in the first 20 minutes of the game before hitting the hat-trick in the 74th minute after Jordan Clark’s first-half goal had put the visitors back into the game.