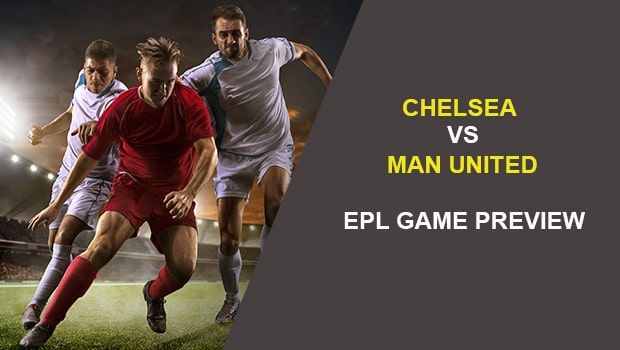 The player to watch in this game is Romelu Lukaku. Chelsea’s Belgian striker has played seven games this season and he has three goals. Look for Lukaku to find more rhythm as the campaign progresses and this home game can help him. Let’s take a closer look at where the value is at in this matchup.

Momentum: Chelsea has been on an upward trend — with 4 straight wins in the Premier League.

Head-to-Head: These two sides last matched up in Premier League action on February 28 and the game ended on a 0-0 draw.

For Manchester United, Cristiano Ronaldo has a 30 percent chance to net the ball. He averages 2.04 shots overall per sim, 1.16 shots on goal per and 0.36 goals per sim.

Three-star (out of four) AccuScore hot trend pick on Manchester City in this one. Average score in simulations is Chelsea 2.07 to Manchester United 0.85.