Cavani reveals why he turned down Inter and Juve move

Posted by OLADIPUPO MOJEED on December 11, 2020 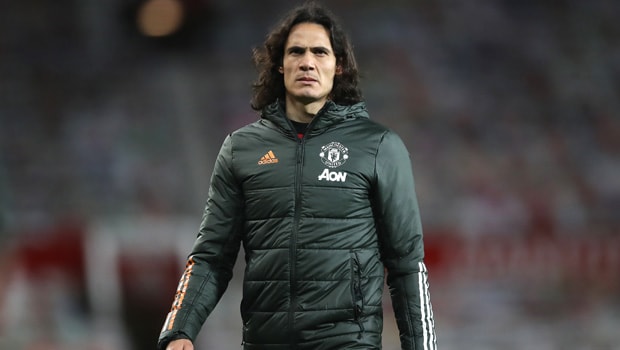 Manchester United striker Edinson Cavani has revealed why he turned down offers from Inter Milan and Juventus while at PSG.

Cavani is not a stranger in Serie A, having joined Napoli from Palermo for €12m in July 2011. He then spent two seasons with the Pertonopei before moving to Paris Saint-Germain in July 2013.

He recorded massive success during his seven-year stay at the club as he became one of the club’s all-time highest goalscorers.

According to the Uruguayan striker, he moved down to the fellow Serie A clubs due to his connection with Napoli, where he bagged 104 goals in 138 games. He then went on to score 200 goals for the Paris club in 301 games.

Due to injury and inconsistent form, Cavani became a less important player, and the team was built around Neymar and Kylian Mbappe.

With the signing of Mauro Icardi on a permanent deal, Cavani, who still wants to play at the top flight, had no choice but to leave the Parisien when his contract expired and moved to Old Trafford. It was gathered that he even turned down a move to Atletico Madrid for Old Trafford.

Speaking with Mondo, Cavani said he remains grateful to Napoli and won’t want to play against them under another Italian team.

At Manchester United, Cavani has scored three goals in 3 goals in ten games, with a brace coming against Southampton during the team’s 3-2 comeback win at St Mary’s in a Premier League clash.

Unfortunately, he couldn’t save them from being ousted in the Champions League by Leipzig after losing 3-2 in their final group game.

In the Premier League, where he has only scored, United is currently occupying the sixth spot with 19 points garnered in ten games.