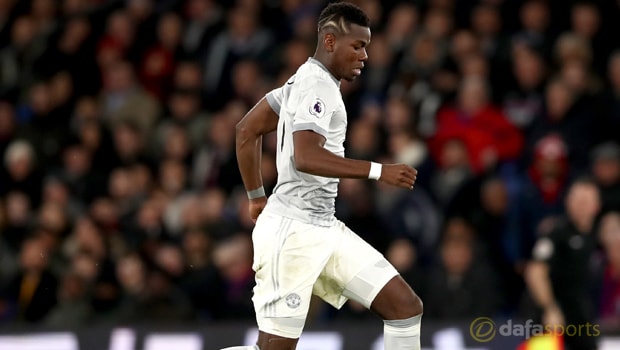 Antoine Griezmann has backed Paul Pogba to put his club troubles behind him and star for France during the international break.

The midfielder’s rocky relationship with Manchester United boss Jose Mourinho has been all over the back pages in recent weeks and there are even rumours he could leave Old Trafford.

Various reports have suggested Mourinho is unhappy with the 25-year-old’s attitude to the game, while the player himself is thought to be concerned about not playing in his favoured position.

The time apart might help ease the situation and Pogba will be keen to show his class for Les Blues.

Didier Deschamps’ men host Colombia on Friday, a game they are 1.50 to win, with the draw 3.80 and the South Americans 6.50, before travelling to Russia on Tuesday.

Atletico Madrid’s Griezmann is known to be one of his international colleague’s best friends and Deschamps has tried a number of combinations in a bid to harness their off-field closeness on the field.

The attacker admits he has sympathy for Pogba but says he retains the trust of his colleagues and has brought plenty of energy to the camp.

“He came back [to the squad] with a huge smile on his face,” Griezmann told a news conference.

“He was happy. It’s not easy when you don’t play at your club or you don’t feel at your best. It happened to me and he knows that.

“He still enjoys having fun and working hard, which are what matter the most. It’s up to him to prove and show that he’s still the player that he can be.

“The coach trusts him, like the entire squad. We need a smiling Paul and an efficient one on the pitch.”