Ander Herrera: The pressure is on Man City 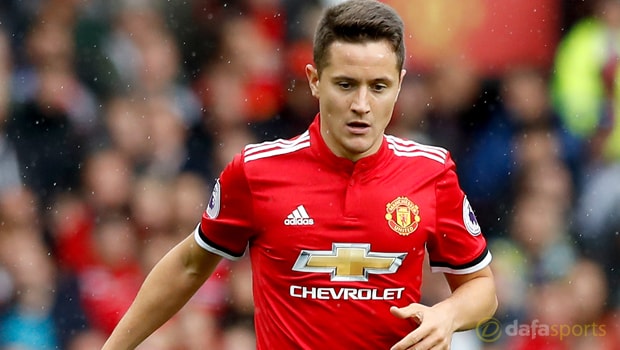 Manchester United midfielder Ander Herrera has attempted to put pressure on rivals Manchester City by claiming they should be classed as favourites for the Premier League title.

The Citizens, 2.00 to win the league title this season, spent big this summer as they tried to overhaul their squad.

Their summer spending has worked so far with Pep Guardiola’s men joint top of the table, alongside United.

Both teams have a goal difference of +14 and an exact record of four wins and one draw from five games, but Herrera insists his team are under less pressure than their rivals.

According to the former Athletic Bilbao man, City’s lack of silverware under Guardiola has piled on the pressure this season.

He told reporters: “Man City have spent the biggest amount in the Premier League so they are the principal contenders for the title.

“We will try to be there as well, we have quality as well, and we will fight for every title.
But I think because of the money they have spent they are the favourites.

“We will try to be there but they have spent the biggest money in the league.

“There is always pressure when you spend a lot but there is also pressure on us because we are the biggest club in England.

“We won three titles last season and City didn’t win anything. They are under pressure.

They are obligated to win titles. We won three last season so they have more obligation than us.

“But you know when you play for Man United winning is an expectation and an obligation but I like that obligation to be honest.”