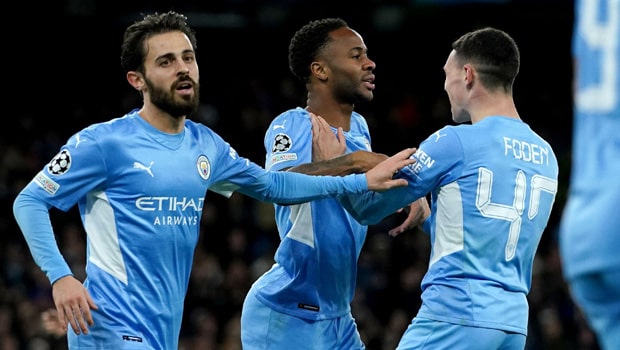 Manchester City and Liverpool both recorded comfortable victories on Wednesday evening in the UEFA Champions League.

Both Premier League clubs won the first leg a fortnight ago as Liverpool squeezed a 3-2 win while Manchester City thrashed Club Brugge 5-1 in Belgium.

That scoreline looked possible on Wednesday evening when Manchester City went into the lead as early as the 15th minute as Phil Foden opened the scoring.

However, John Stone’s own goal two minutes later drew both sides level but Mahrez and Raheem Sterling scored in the 2nd half to return status quo.

Gabriel Jesus scored the goal that ensured the result in the stoppage time as Man City run out winners as the Manchester derby looms at the weekend.

Both sides failed to add to the score line in the second half after Diogo Jota and Luis Suarez in the 48th and 57 minutes, scored goals which were disallowed by the VAR for a possible infringement.

The first leg fortnight ago saw Aintoine Greezman get red carded despite scoring the brace in the game.

The win means that Liverpool joins Bayern Munich and Juventus in the round of 16 of the competition as they top the group with 12 points, 7 more than second-placed Fc Porto.

In the Europa league on Thursday Genk will welcome West ham while Leicester City will play Spartak Moscow at the King Power Stadium.

Meanwhile, Antonio Conte will oversee his first game in charge of Tottenham at the White Hart Lane against Dutch side Vittesse.