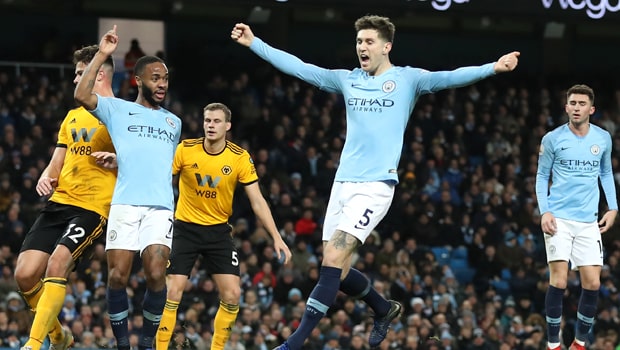 Former Manchester City defender Richard Dunne believes John Stones has all the tools required to become one of the best defenders in world football.

The 24-year-old was unable to tie down a regular spot in City’s backline last term, making just 18 Premier League appearances, but he has forced his way into contention in 2018-19.

Stones already boasts 15 league appearances this season, having featured 26 times across all competitions, and has struck up a strong partnership with Aymeric Laporte.

The Everton man, who switched Goodison Park for the Etihad in the summer of 2016 for a fee of £47.5million, was also a key figure for England at the World Cup last summer.

His commanding and assured performances for City this season have helped the champions to mount another title challenge. Dunne spent nine years with the Citizens and feels Stones has all the attributes to develop into a world class player.

“I think he has the potential [to be world-class],” Dunne told City’s official website.

“When he’s playing with England, they’re helping him by building a side around him.

“He was unfairly criticised when he first came because he was young and he was bound to make mistakes. It takes time to fit into what Pep wants from him.

“But with the benefit of a couple of years he has improved and will continue to improve and there’s no reason why he can’t be one of the best centre-halves in the world.”

City are priced at 1.14 to claim a fourth successive Premier League victory when they return to action against Huddersfield, who can be backed at 19.00 to win on Sunday, while the draw is available at 8.50.