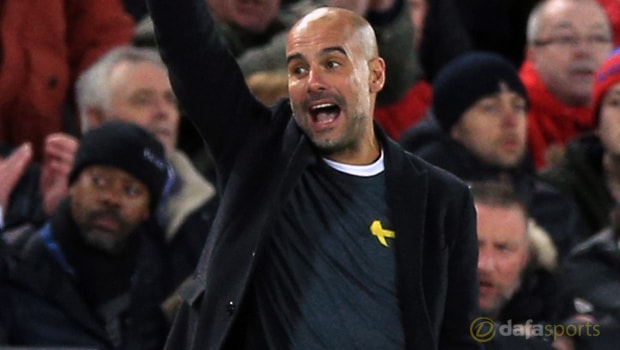 Manchester City boss Pep Guardiola believes his side are capable of turning their Champions League tie with Liverpool around.

The Citizens will head into Tuesday’s second leg at the Etihad Stadium with a mountain to climb after they suffered a 3-0 defeat at Anfield, with first-half goals from Mohamed Salah, Alex Oxlade-Chamberlain and Sadio Mane seemingly putting Liverpool in control of the tie.

It is the second time City have lost against Liverpool this season, as they were also beaten 4-3 when the two teams met in the Premier League in January, their only loss in the English top-flight to date this term.

However, City did win the home fixture against Liverpool 5-0 in September and Guardiola believes that result shows that his side is capable of turning the tie around next week, although he also acknowledged Jurgen Klopp’s team are the heavy favourites to progress.

“In this room I think there is nobody except the guy talking to you who believes we can go through.

There are 90 minutes more, we are going to try,” he told a news conference

“I believe a lot in my team. They show me many good things in the season. The result is so tough, you cannot deny it.”

Guardiola also feels his side were relatively unfortunate to lose by such a hefty margin on Wednesday, as he believes the contest was much closer than the 3-0 scoreline suggests.

“When you play badly and the opponent is much better than you and it is 2-0 you have to accept it,” the Spaniard added.

City are priced at 6.00 to qualify for the semi-finals, while Liverpool are available at 1.13 to reach the last four.