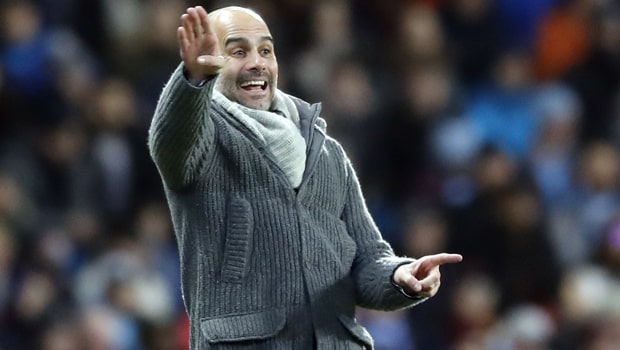 Boss Pep Guardiola admits Manchester City can reach new heights in the Champions League as they qualified for the next round with a sensational 7-0 victory over Schalke on Tuesday night.

The Premier League champions, now 3.00 to lift the trophy, progressed into the quarter-finals of the competition thanks to a fast start on home soil.

Striker Sergio Aguero opened the scoring from the spot before then adding another three minutes later.

City got the win without a number of first-team stars and Guardiola is excited by what his team can do this season once they return.

He told reporters: “We had a lot of absences today, a lot of central defenders injured. We just had Danilo, who was incredible.

“I would have liked us to show who were are in the first 20 minutes but I understand the situation sometimes, you cannot expect to play like we were four or five ahead.

“After that we played in a good level. We didn’t concede chances, even in the last 15 minutes of the first half, and in the second half we were good in the transition and scored seven goals.

“I know that Schalke are in a tough period because they lost the last game and their confidence was low, but even with that situation you have to do your job and we did it.

“Last week we saw what happened with good results in the second leg, so we were serious, we did it and I’m incredibly happy to be in Friday’s draw.”