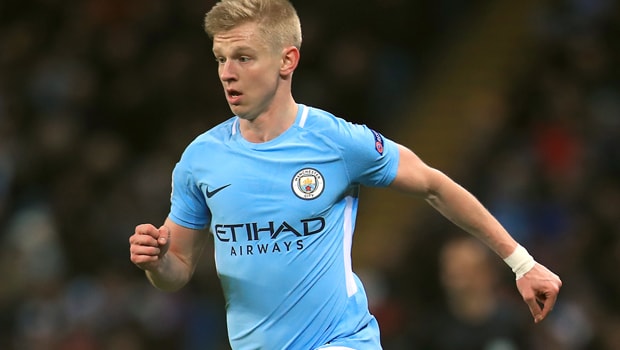 Oleksandr Zinchenko wants to stay and fight for his place in the Manchester City side after ending any thoughts of moving to Wolves.

The 21-year-old has been at the Etihad Stadium since 2016 but only enjoyed 14 outings in all competitions for the Citizens.

It was thought that the Ukraine international midfielder might be on his way this summer when Premier League new-boys Wolves had a £16m bid accepted for the player.

However Pep Guardiola has had a rethink and the City chief feels that Zinchenko could have a future at the club and halted the deal with the West Midlanders.

It remains to be seen if the youngster does see any more game time in the coming season but he appears up for the challenge of trying to become a regular in the City first team.

“To be honest, I think Manchester City is one of the best teams in the world right now,” he told the Mirror.

“Everyone dreams of playing here, and that goes for me as well. “I try to learn every single day and I’m going to fight here.” City are awash with attacking talent and finally secured a deal to sign Algeria international Riyad Mahrez from Leicester City.

That means there will be one fewer place in the City midfield available but Zinchenko is happy to do whatever it takes to remain with the Premier League champions.

“I’m ready for everything because I have to be professional,” he added. “You don’t know what can happen in the future, but I’m dreaming of staying here.”

It remains to be seen if the former PSV loan star is in the line-up when City take on Arsenal at the Emirates on August 12, with the visitors priced at 2.05 to make a winning start, the Gunners on offer at 3.30 an the draw priced at 3.75.