‘No complaints’ from Pep Guardiola after Wolves draw 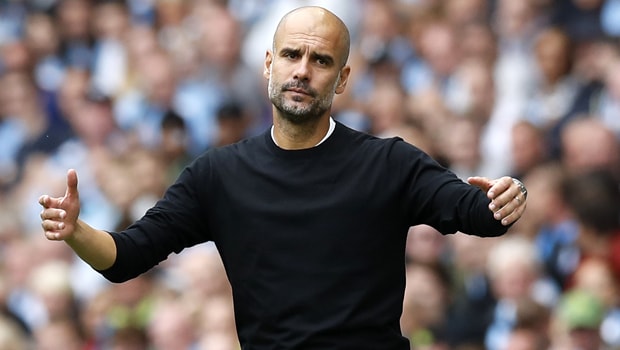 Pep Guardiola insisted he had “no complaints” after his Manchester City side were held to a 1-1 draw by Premier League new boys Wolves at Molineux.

Last seasons’ Championship winners were impressive, deploying an open approach designed to ensure they asked plenty questions of their visitors.

Wolves were however fortunate to go in front just before the hour, Willy Boly bundling home from Joao Moutinho’s cross, though replays showed a hand was used to apply the finish.

Aymeric Laporte headed home City’s with 20 minutes to play, but Wolves held on for their point.

Sergio Aguero twice struck the woodwork, including with a free-kick in the final seconds, while Raheem Sterling was denied in the first half by a magnificent one-handed save from Raul Patricio, aided by the crossbar and post.

Wolves boss Nuno Espirito Santo insisted that his team wanted to remain true to their core values, despite the high-calibre opposition, and that approach seemed to win admiration from Guardiola.

The Spaniard refused to suggest his side were worthy of more than a point.

“We created chances but their keeper made saves, so today we draw. We knew how good they were this season. No complaints,” said the City boss.

“We created a lot, that’s why it’s good. In the first half, Aguero hit the post – sometimes it goes in, sometimes not.

“We were not solid defensively today, that is why we conceded a few chances to them. But in general, the game – considering the quality of the opponent – was good. We have to give credit.”

Man City are 1.13 to get back to winning ways by defeating Newcastle at the Etihad Stadium next Saturday. The Magpies are 21.00 with the draw priced at 9.50.