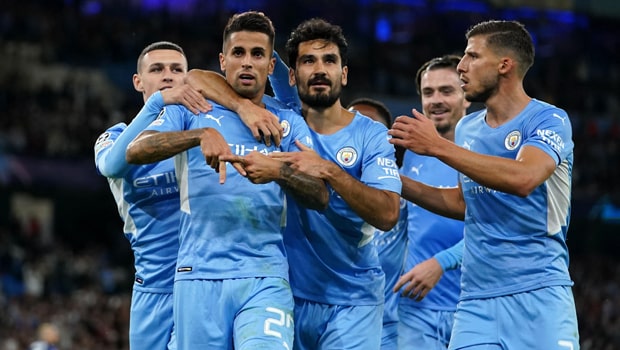 Manchester City full-back Joao Cancelo has renewed his contract with the Etihad side for a further two years on his current contract.

The full-back has a contract with City till 2025 but the new contract extends it till 2027. The Portuguese international moved to England in 2019 after moving to Manchester City from Juventus.

Since then he has gone on to make over 100 appearances for Pep Guardiola’s side and this season alone, he’s done 30 appearances in all competitions for City. scoring three goals and making eight assists.

Cancelo has won three trophies at the club, winning the Premier League, and two EFL cups. He stated his happiness at staying at the club that he considers the best place to play football.

“I am incredibly happy to have signed this new agreement, there is nowhere better to play football, City players have everything they need to reach their full potential, with amazing facilities, world-class teammates and an incredible manager who pushes us every single day.” He said.

The 27-year-old further stated that it is a pleasure to be at City stating that the club gives him the opportunity to achieve all he wants to before the end of his career.

Meanwhile, Chelsea have brought in Mason Burstow from League One side Charlton for an undisclosed fee. The 18-year old will remain at the club for the rest of the season.

Barstow made his senior team debut for Charlton last August but he already has six goals in 14 games.

Mason Barstow and Dylan Williams are the only two acquisitions from Chelsea during the January transfer window.

While Manchester City has recovered from a poor start to the season to top the Premier league table, Chelsea have endured a recent poor turn of form, which now sees them in third position behind the Citizens and Liverpool.