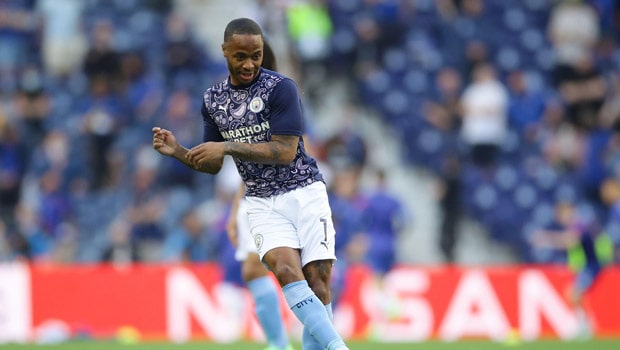 The UEFA Champions League finalist waiting for the end of the UEFA Euro Championship to end before starting the discussions with the player who has been very instrumental for the Three Lions progress to the Quarter-final of the competition.

Raheem Sterling has three goals in four matches in the competition, having scored in the two 1-0 victories recorded in the group stage against Croatia and the Czech Republic.

The former Liverpool forward also scored the opener in the 2-0 win over Germany in the round of 16 match at Wembley Stadium.

Sterling’s current £300,000-a-week deal at the Etihad will expire in 2023 and with his fine form at the Euros, City is ready to offer him a long-term contract.

Despite hitting double figures last season, it was still considered a disappointing season for the player who was a surprise inclusion in City’s UEFA Champions League final game against Chelsea at the Estadio De Dragao.

Manchester City released Argentine striker Sergio Aguero who ran out of contract this season, although they still have Ilkay Gundogan, Riyadh Mahrez as well as Gabriel Jesus who all will run out of contract in 2023.

There are still uncertainties surrounding Bernardo Silva’s future with Atletico Madrid and Barcelona interested in signing the midfielder.

Manchester City won the local double last season with the Premier League title and the Carabao Cup. They failed to win the FA Cup after losing to Chelsea and the semi-final.

They were also defeated by Chelsea in the final of the UEFA Champions League, denying them their first-ever European title.

City has been linked with Jadon Sancho, Erling Haaland, and Harry Kane although the Bundesliga midfielder has now joined Manchester United.