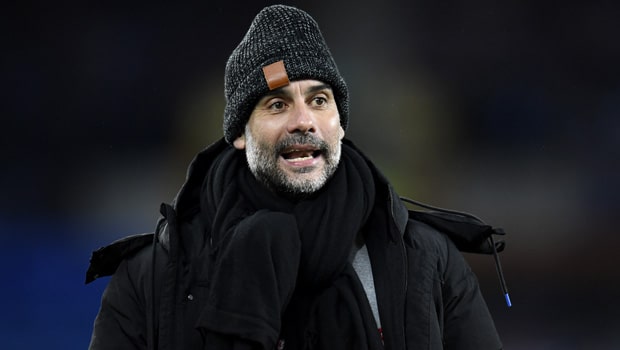 Premier League leaders Manchester City were emphatic in their visit to the Merseyside on Wednesday as they thrashed Everton 3-1 at Goodison Park.

Pep Guardiola’s side hasn’t dropped a point in the league this year and is now ten points clear of Manchester United at the top of the log.

Phil Foden opened the scoring for Manchester City in the 32nd minute of the first half while Richarlison equalized five minutes later.

Riyad Mahrez made it 2-1 in the 63rd minute while Bernardo Silva rounded up the scoring late in the 77th minute of the game.

Manchester City will be at the Emirates Stadium at the weekend to face Arsenal while Everton will be involved in the Merseyside derby with Liverpool.

Meanwhile, Burnley held Fulham to a 1-1 draw on Wednesday evening to deny the cottages a second successive away win.

Fulham has been in good form of late, picking results that have helped them in the run to avoid a drop back to the Championship.

The Cottagers defeated Everton 2-0 at the Merseyside at the weekend and they were hoping to get all three points at the Turf Moor.

However, Sean Dyche’s men were keen to repeat their performance in their last Premier League game at the weekend when they defeated Crystal Palace 3-0 at Selhurst Park.

Nigerian wing-back Ola Aina gave Fulham the lead four minutes after the break but Ashley Barnes equalized for the Clarets in the 52nd minute.

Neither side could find the winner and both teams shared the spoils at the end of the day as Fulham moved six points away from safety.

Burnley are stuck at 15th position on the table, three places above Fulham with 27 points from 24 matches played.

Burnley hosts relegation strugglers West Brom next at the weekend while Fulham will hope to boost their survival chances as Sheffield United visits the Craven Cottage.