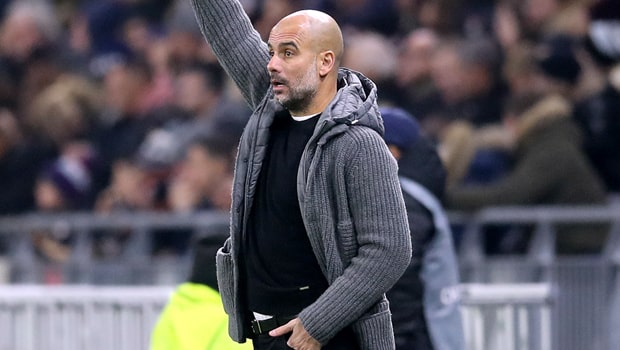 Pep Guardiola hailed the “personality” of his Manchester City side after they fought back
to earn a 2-2 draw at Lyon and book a spot in the last 16 of the Champions League.

Manchester City are 4.33 to win the Champions League outright and holders Real Madrid can be backed at 11.00.

After a goalless opening 45 minutes, Maxwel Cornet opened the scoring for the hosts early in the second half.

Aymeric Laporte responded for the Premier League champions soon after but Lyon appeared on course for the win when Cornet hit his second with less than 10 minutes on the clock.

Sergio Aguero headed home an equaliser, however, ensuring City will be in the draw for the last 16.

“Today the Champions League showed me again that it’s a different competition, the players are better, the demands are so high,” said Guardiola.

“They have weapons on set-pieces, defensively are so strong, they have quality up front. When people say it’s easy for the Champions League, you cannot imagine how confused people are.

“After losing the first game [against Lyon], here was not a surprise.

“But in February we’ll be there, another year for City. We can focus on the Premier League and try to compete against the best teams in Europe when February comes.”

City take on Bournemouth in the Premier League on Saturday and are 1.70 to win with a -2 handicap, while Aguero is 3.40 to open the scoring.