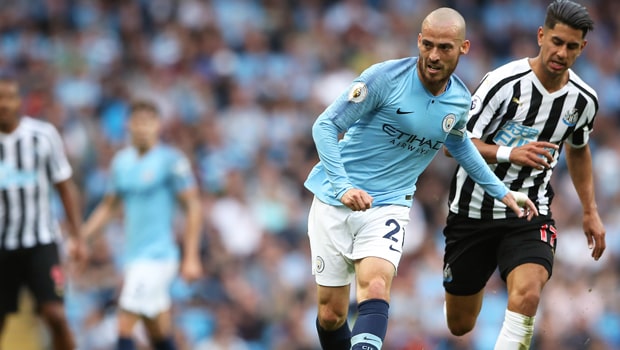 Manchester City star David Silva says he is planning to leave the Premier League champions when his contract expires at the end of next season.

Silva is under contract until 2020 and it appears the 32-year-old has no intention of extending his stay in Manchester.

The former Spain international has been with City since 2010 but Silva says he hopes to finish his playing career with hometown club Las Palmas on the island of Gran Canaria.

“That’s where I was brought up and I really hope he can have the same opportunities as I had.

“For City [I want to play for] two more seasons – what’s left on my contract. After that, I don’t know.

“I’ve always said that I’d like to play for Las Palmas, my local team. But we’ll see how things go in two years and take it all from there.”

For now, Silva remains a key man in City’s squad and they will be looking to win more silverware this season after last year’s Premier League and League Cup double.

The Etihad Stadium outfit are 1.60 to win the Premier League outright and 5.00 to win the Champions League.

Silva has won every major prize English football has to offer and has also picked up trophies with Spain, including the World Cup, but has never managed to secure a European club trophy.

City have been drawn in Champions League Group F with Hoffenheim, Shakhtar Donetsk and Lyon.