Bernardo Silva: Raheem Sterling will get even better 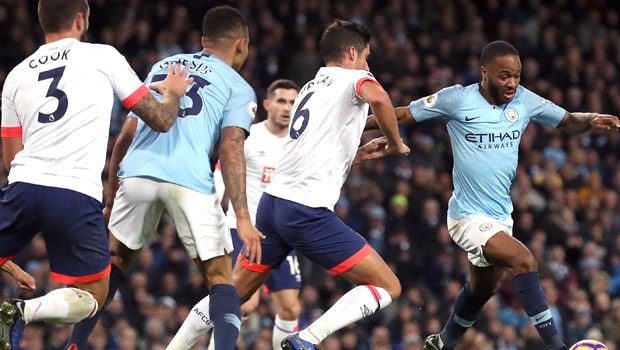 England forward Sterling found the back of the net for the eighth time in the Premier League this season in Saturday’s 3-1 victory over Bournemouth at the Etihad Stadium.

The 23-year-old, who extended his contract with the defending league champions until 2023 last month, scored 23 times last term but Silva wants his team-mate to beat that record.

He said: “I hope he can get more than he got last season. He has been in fantastic form. He is so aggressive with the ball and so focused on the goal. If he continues like this he will help us win some titles.”

Silva, who scored City’s first goal against the Cherries on his return from injury, also feels the team as a whole is improving and should be striving to set yet more records, having won the title with 100 points, 32 wins and 106 goals last season.

“It’s almost the same squad with some improvements, like Riyad (Mahrez), and more time together,” he added.

“So, yes, we might be a bit better. We want to break the records of last season, but it’s not easy.”

City return to action on Tuesday when they make the trip to Vicarage Road to take on Watford and the visitors are 1.30 favourites to pick up the win, a draw is priced at 5.50 whilst the hosts are 9.50 outsiders.

Pep Guardiola’s men are also 4.33 favourites to win the Champions League this season after booking their spot in the last-16 with a group game to spare.