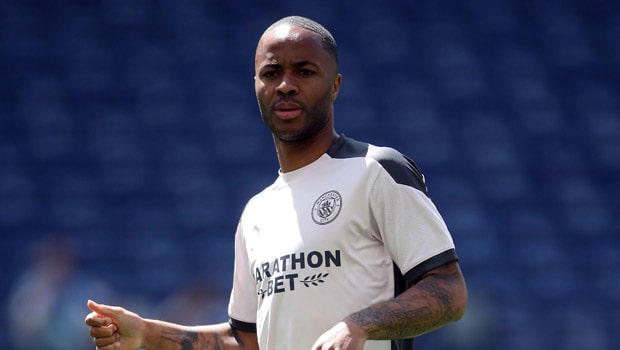 La Liga side Barcelona are reported to be interested in Manchester City and England forward Raheem Sterling, to bring former Liverpool forward to the Camp Nou.

The Blaugrana continue to scout the market for big-name players within their wage budget who can sharpen their competitiveness and excite the fans as well as drive the team towards winning trophies in the next season.

However, the team won the Copa Del Rey, the only title they won last season.

The 26-year-old still has three years left on his contract with Manchester City and has played 296 games for the side scoring 114 goals and 87 assists.

Barcelona has already signed but Eric Garcia and Sergio Aguero from Manchester City with both players due to join Barcelona once their contracts with Manchester City run out at the end of July.

However, the team has missed out on signing Liverpool midfielder Gini Wijnaldum who is now close to joining Paris Saint-Germain instead.

Meanwhile, Barcelona still is not assured of Messi’s presence for the 2021/2022 season as the Argentine is linked with a move out of the Camp Nou as MLS side Inter Miami stated confidence in bringing the Argentine to the US.

Messi will be out of contract at the Camp Nou at the end of June and no new deal has been agreed yet as an exit of the 6-time Ballon d’Or winner continues to look imminent.

While reports were made some weeks back that the Argentine skipper has agreed to a contract extension, it has not been made public or confirmed officially, putting the future of Mercy at the Camp Nou in the balance.