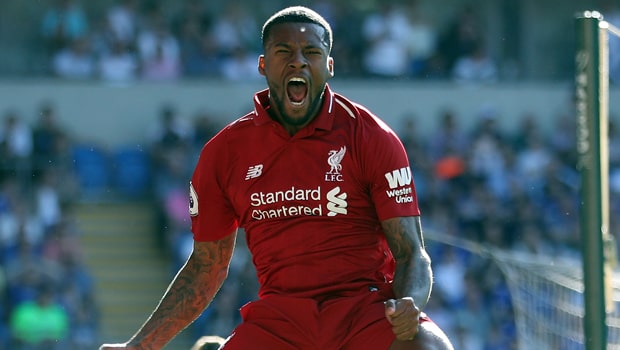 Georginio Wijnaldum says Liverpool deserve to finish the season with a trophy ahead of their Champions League final meeting with Tottenham.

The Reds managed 97 points in the Premier League, the third highest total in the history of the competition, but still lost out as Manchester City picked up 98.

The Anfield side can secure Europe’s top prize in Madrid, and Wijnaldum is desperate to land the Champions League crown.

He told the club’s official website: “If you look back when you’re on vacation on this season, I think everyone will realise we had a really good season, a wonderful season.

“Ninety-seven points, we’d normally be champion with. But in this case, City had one point more and they turned champions. Overall, I think we had a good season and now is the challenge to finish with a title to make the season complete.

“It would be really sad if we finish the season without a title, especially because I think we were quite consistent this season and we did so good.

Wijnaldum felt Liverpool did all they could in the final weeks of the Premier League season and he is happy that they will have control of their own destiny when they come up against Spurs.

He added: “The last couple of games were basically games where we could only win and look at what City were doing. They won also, so fair enough that they are champions. “But now we have a game that we can control, so we have to bring that to a good end.”