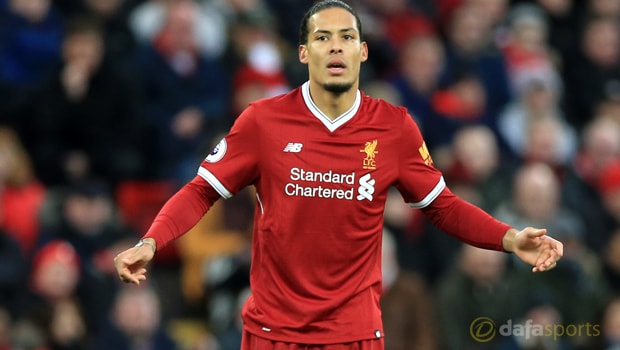 Virgil van Dijk admits there is “nothing he can do” about the hostile reception he is sure to get when Liverpool visit his former club Southampton this weekend.

The Netherlands central defender exited St Mary’s last month in a deal worth £75m to Southampton, but there will be no love lost with the home supporters on his return.

His move to Anfield was a protracted one, with Liverpool having ended a summer pursuit after Southampton reported their approach to the Football Association.

Van Dijk did nothing to conceal his desire to move on, having handed in a transfer request while the Merseysiders were forced to issue a public apology for their pursuit of the player.

He will go back to the south coast as the world’s most expensive defender and while van Dijk is looking forward to seeing some old friends, he does notexpect a warm reception from the stands.

“Maybe they can boo the whole game. You can’t do anything about it,” Van Dijk said.

“Obviously it’ll be nice to see the players and the friends I have there but, for me, it is going to be about one thing only and that is to win the game.”

The 26-year-old made a dream start to his Liverpool career when he netted the winning goal in a Merseyside derby win over Everton in the FA Cup on his debut.

Last week he experienced the low of conceding a last-gasp penalty that cost the Reds victory at home to Tottenham.

Van Dijk says it will require some time to get used to the playing style of Liverpool under his new manager Jurgen Klopp.

“With the football we play, the pressing, the different options with players, it is totally different here,” he added.

“So you need time to get used to everything but I am working on it every day together with the team.”