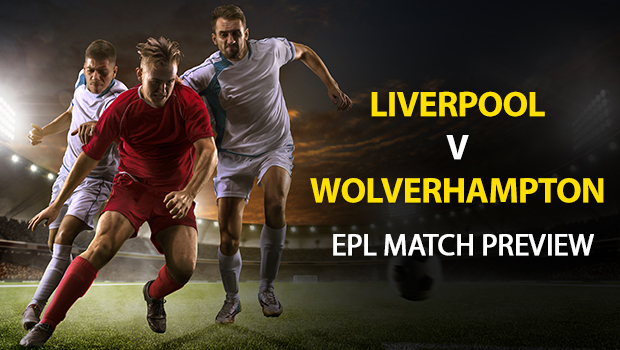 Molineux Stadium is the venue as the Wolverhampton Wanderers get set to host Liverpool in Premier League action this Saturday. Wolverhampton will look to keep momentum going after winning three in a row, most recently 2-0 over Bournemouth last Saturday.

Betting on the Draw: Odds indicate there’s a 23 percent chance the match ends in a draw. There’s a draw in 20 percent of AccuScore sims, suggesting no added side value on the draw.

Head to Head: These two sides last faced off in Premier League action back in January of 2012 when Liverpool won 3-0. Their last match overall was in January of 2017 (FA Cup) when Wolverhampton won 2-1.

Diogo José Teixeira da Silva, aka Jota, has about a 15 percent chance to net the ball vs Liverpool. He averages 1.61 shots overall per sim, 0.72 shots on goal per and 0.16 goals per sim.

Odds indicate Liverpool has a 51.5 percent chance to win this match by at least a 1-goal margin. They win close to 70 percent of AccuScore sims by an average margin of victory of +1.35 goals. Liverpool on the money line is a four-star (out of four) AccuScore hot trend pick.