‘No question’ over Lallana’s Reds future 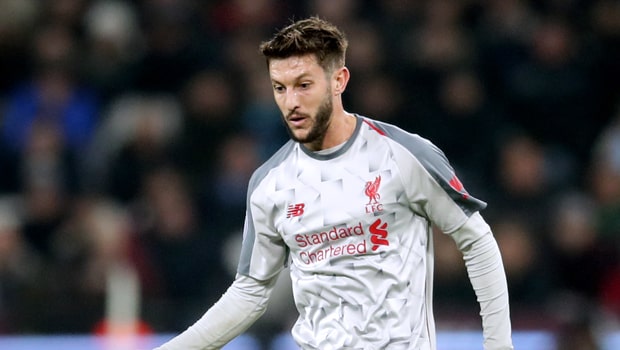 Adam Lallana has no worries about his future with Liverpool despite entering the final year of his contract.

The midfielder is confident that his future remains at Anfield, despite manager Jurgen Klopp showing the door to Daniel Sturridge and Alberto Moreno this week.

Lallana is confident in his ability to help Klopp’s team build on their Champions League triumph in Madrid last weekend.

The 31-year-old has been at Liverpool for five years since Brendan Rodgers signed him from Southampton.

It was a frustrating season for the England international despite Liverpool becoming kings of Europe but he feels that can be a springboard both for the club and himself.

“It’s pinch yourself stuff – and more to come,” he said of the win over Tottenham. “A lot more to come. “I’ve got a year left on my contract. I’ll be back, I’ll be training through the summer.

“I am as eager as ever to get fit because I know when I’m fit I’ve got a lot to give and I can get in this team.”

Lallana was an unused substitute at the Wanda Metropolitano as Mohamed Salah and Divock Origi scored the goals.

He made 13 Premier League appearances in the season just gone, amid a tally of just 16 in total, but he’s convinced he has a future on Merseyside.

Asked if he was staying given the speculation about his future, Lallana added: “Yeah. Absolutely no question about it. I couldn’t be happier here, winning Champions Leagues. “I know my ability and I know what I can give.

“And the gaffer and his staff and the recruitment guys have all made it clear they know I have a big part to play it what’s to come next, so I’m buzzing with that.

“No question my future is here and I can’t wait for what’s next.” Liverpool are 3.60 to win the Premier League crown next season.