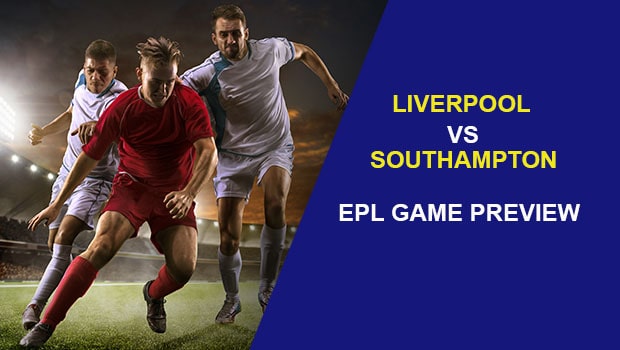 Liverpool hosts Southampton in what should be an entertaining Premier League game on Saturday. Liverpool is coming off 1-1 home draw against Newcastle United on April 24 while Southampton played to a 1-1 home draw against Leicester City last Friday. Southampton is in 14th place in the Premier League standings with 37 points in 33 games while Liverpool is in sixth place with 54 points in 33 games. The game will be played behind closed doors because of the COVID-19 pandemic. Let’s take a closer look at where the value is at in this matchup.

Momentum: Southampton has been on a downward trend — with 4 losses in their last 6 Premier League games.

Head-to-Head: These two sides last matched up in Premier League action on January 4, 2021 and Southampton won 1-0.

For Southampton, Allan Saint-Maximin has a 9.2 percent chance to net the ball. He averages 0.67 shots overall per sim, 0.33 shots on goal per and 0.1 goals per sim.

Two-star (out of four) AccuScore hot trend pick on Liverpool in this one. Average score in simulations is Liverpool 2.32 to Newcastle United 0.57.