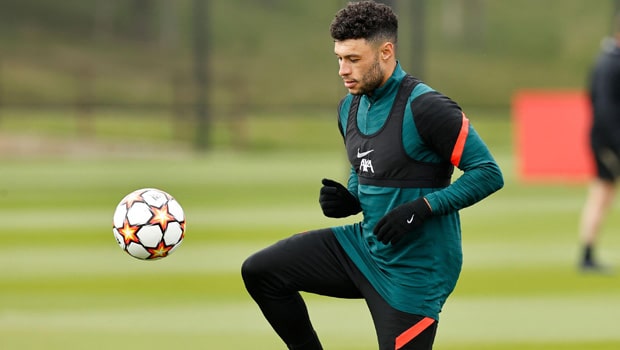 Alex Oxlade-Chamberlain is in the final year of his contract with Liverpool, and it seems that the club wants to earn some money from the player, so they have put him on the sale list.

The news has not gone unnoticed, and two clubs are closely following the matter it is Aston Villa and West Ham.

Villa boss Steven Gerrard has openly declared to be a fan of Chamberlain on several occasions, and this would be a great addition to strengthening his club for next season.

For his part, Hammers boss David Moyes is also looking for reinforcements to add depth to the club to face the Premier League and European commitments next season.

Liverpool is asking around €15m for the 28-year-old, who has 35 caps for England.

Chamberlain is one of the favorite players of Liverpool fans and of Jurgen Klopp himself, who has consistently praised the player’s attitude.

Last January OX was on the verge of leaving the Reds as Newcastle wanted to take over his services at any cost, be it on loan or a permanent deal. But no agreement could be reached between the clubs.

Now with the contract running down, the Reds prefer to cash in on the player than let him go for free in 2023.

Oxlade-Chamberlain joined Liverpool in 2017 in a €38.00 million move from Arsenal. In the season that just ended, the player made 29 appearances for the Reds and scored 3 goals.

The English player has enjoyed a successful career at Anfield, but injuries have prevented him from establishing as a key player at the club.

This can be a great opportunity for OX to look for new challenges and find a club where he can develop his best football since he still has several years in which he can compete at the highest level.