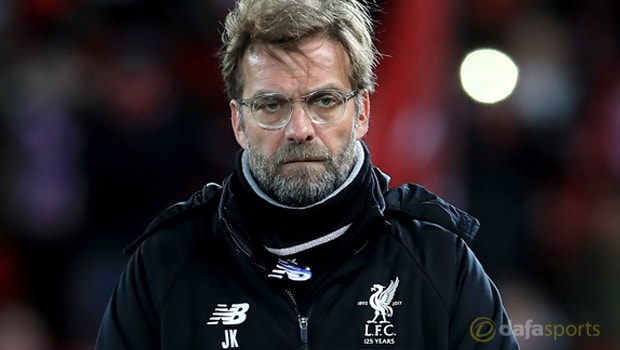 Liverpool boss Jurgen Klopp insists his side have not become complacent in the wake of their 4-3 victory over Manchester City earlier this month.

The Reds produced a scintillating display as they brought the runaway Premier League leaders unbeaten run to an end at Anfield on January 14, but, since that success, they have suffered back-to-back losses against Swansea and West Brom.

Those defeats have also led to suggestions in certain corners that Liverpool have become a little complacent since their victory over City, but Klopp has moved to dismiss that theory, although he acknowledged he has been disappointed by their last two results.

“Nothing in training gave me a sign that the boys misjudged the success or result against Man City, or the performance,” Klopp told reporters.

“We are really serious people and we took it, I think, in the right way, but then we had two games and we have to show that we can do better.”

Liverpool have not lost three matches on the spin since January last year and they will be hoping to return to winning ways when they travel to the John Smith’s Stadium to take on Huddersfield in the Premier League on Tuesday.

The Merseysiders won the reverse fixture at Anfield 3-0 earlier in the season and Klopp is demanding another victory when they head to West Yorkshire.

“There are a lot of games to play, a lot of big challenges waiting for us and we have to be ready,” he added.

Liverpool are priced at 1.36 to secure all three points from the contest, while Huddersfield, who will head into the fixture just two points above the relegation zone, are available at 9.50 and the draw is on offer at 4.75.