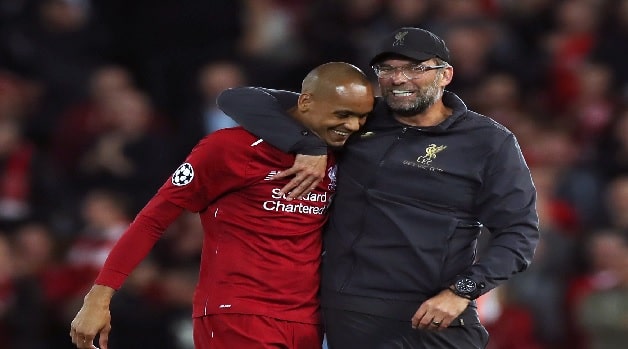 The former Monaco man has barely played since leaving the Ligue 1 club in the summer.

Fabinho did not make his debut until mid-September when he stepped off the bench in the 89th minute in the European opener against Paris Saint-Germain. He has since made just two substitute appearances and started the 2-1 Carabao Cup loss to Chelsea.

However, Klopp is without Jordan Henderson and Naby Keita for the clash at Anfield this week and Fabinho is set to be given his chance. Despite a slow start, the former Borussia Dortmund coach is adamant the Brazil international will deliver the goods.

He told Sky Sports: “It’s his birthday [on Tuesday] by the way, so it would be a nice present, eh? “I didn’t make the line-up for tomorrow, how we will start, but of course it is very important for us that he’s now been here for a few months, got used to all the things.

“[He has had to] adapt to the style of play. You see all the qualities. Hard challenger, good in one-on-one situations, offensively, defensively quick, good shooter, fantastic set-pieces, good header, all these things. Strategically good in the right moment.

“But, in a different system, and a different way we play, just different, and that’s what then always needs time to adapt, that’s all.”

The Reds are expected to cruise to victory this week and they are 5.75 to be leading 2-0 at half-time.