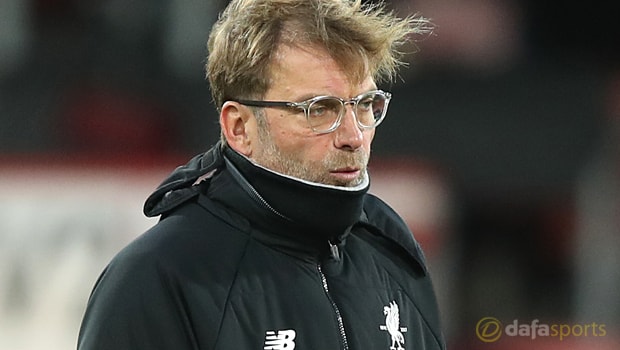 Jurgen Klopp does not think he will remain Liverpool manager for the next 20 years and he has hinted he may leave the club once he wins a major piece of silverware.

The German has been at Anfield since succeeding Brendan Rodgers as manager in October 2015 and he joined the club following relatively long stints in charge of both Mainz and Borussia Dortmund.

The 50-year-old has enjoyed a reasonable amount of success during his time on Merseyside, although he is unsure how long he will remain at the club and he doubts he will have the longevity of managers such as Arsenal boss Arsene Wenger and former Manchester United coach Sir Alex Ferguson.

“It would be quite difficult to become the record coach at Liverpool. I don’t know. As long as it works really, really well.”

Klopp insists he is in no way considering his Liverpool future, although he did confirm the time could come for him to leave the club as and when they win a major title.

He added: “There must be space for improvement, because even if you win something, which everyone here is desperately waiting for, it could be the moment I say, ‘okay but now we have to leave it’. That is the moment nobody thinks of doing it, going out at the top.”

Liverpool are next in action when they travel to the Emirates Stadium to take on Arsenal in the Premier League on Friday.

The Reds, who won the reverse fixture between the two sides 4-0 earlier in the season, are priced at 2.80 to emerge from north London with all three points, while the Gunners are available at 2.40 and the draw is priced at 3.50.