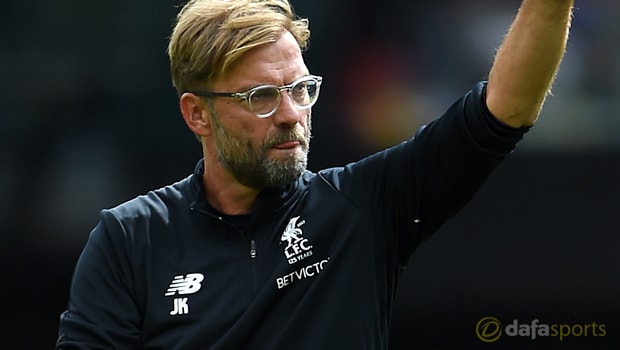 Jurgen Klopp has urged his Liverpool players to make better decisions at crucial moments after they laboured in beating Crystal Palace 1-0 at Anfield.

Having lost their opening game heavily at home to Huddersfield Town, Ronald de Boer’s visitors set up to frustrate their hosts at Anfield.

For a long time it was destined to work, as Palace stopped Liverpool from playing their usual high tempo game and the Reds construed to waste what chances they did create in front of Wayne Hennessey’s goal.

However, with 17 minutes remaining on the clock, Sadio Mane prodded the ball into the net from close range to the relief of the Anfield crowd and Liverpool had few problems in holding on for their opening league win of the new season.

Having enjoyed the bulk of possession, Klopp felt Liverpool were not making the most of their time in the final third, particularly during a disjointed opening period.

“It was difficult. We could have played a little clearer in the first half.

We defended brilliantly and we had the ball all of the time – it felt like 85 percent possession,” said the Liverpool manager.

“You need to make the right decisions and in the first half we didn’t. We could have finished more often than we did, but had our moments.

“The second half was much better and I loved the goal we scored because it was not our best one-two in the game. It was a nice goal and we deserved it a lot.

“At 1-0 up we made the ball do the work. We could have closed the game earlier, we didn’t. It was an all-inclusive package.”

Liverpool now turn their attentions to Europe and are 1.67 to beat Hoffenheim in Wednesday’s Champions League playoff second leg on Merseyside, with the Reds 10.00 to win 1-0.