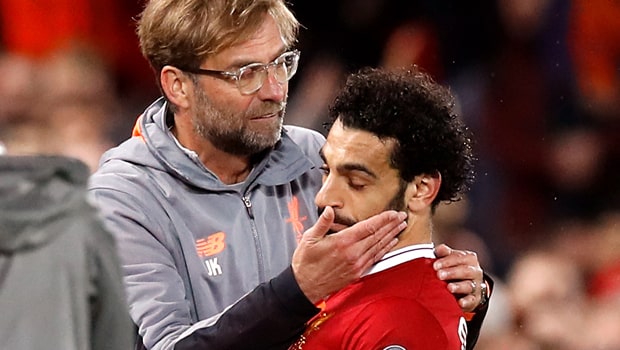 Liverpool boss Jurgen Klopp believes it is only a matter of time before Mohamed Salah rediscovers his best form.

Egypt international Salah was a revelation during his debut season with the Reds as he scored 32 goals in 36 Premier League appearances and picked up a number of individual accolades, including the PFA Players’ Player of the Year award.

However, Salah has struggled to replicate that kind of form during the opening weeks of this season, and he missed several chances during Saturday’s 1-1 draw with Chelsea before he was substituted midway through the second half.

Klopp admitted after the match that Salah did not enjoy his best game, but he insists it won’t be long until the 26-year-old is back at the peak of his powers.

“In a game like this constantly in situations he comes in, that makes you a world-class player. You fail, you miss, whatever, that happens.

“That’s how it is, you only need to work for these moments when it’s clicking. That’s the period he is in, no problem with that, so all good.”

Despite his relative struggles, Salah has still found the back of the net three times this season and he will be hoping for another chance to impress when Liverpool visit Napoli in the Champions League on Wednesday.

The Reds are priced at 2.10 to return from Italy with all three points, while Napoli are available at 3.40 and the draw is on offer at 3.60.