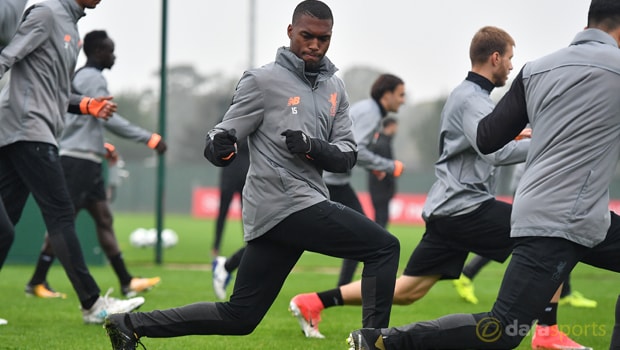 Liverpool boss Jurgen Klopp doesn’t trust Daniel Sturridge due to his lack of goals over the last few years, according to club legend Jamie Carragher.

The England international has become a bit-part player over recent times and was even linked with a move away from Anfield over the summer.

The 28-year-old joined Liverpool, who are priced at 17.00 to finish as the highest-placed north-west club, in January 2013 for a fee in the region of £12million from Chelsea and he hit the ground running by netting 10 times in 14 Premier League outings.

However, the former Chelsea and Manchester City man has not been able to reach double figures since that campaign, having chipped in with just three league goals last term.

The striker was handed a rare start on Sunday in the draw with Newcastle as Klopp opted to drop an out of form Roberto Firmino, but Sturridge failed to take his opportunity.

Former Reds defender Carragher believes Klopp can’t trust Sturridge and feels he is a shell of the player he once was alongside Suarez.

Carragher said: “Because he doesn’t play much now, whenever we talk about Sturridge we keep going back to that season when Liverpool nearly won the league – he was devastating with Luis Suarez.

“I don’t think that player is there now, whether that’s due to injuries or not playing enough. “The reason he played [against Newcastle] is because Roberto Firmino is not playing well.