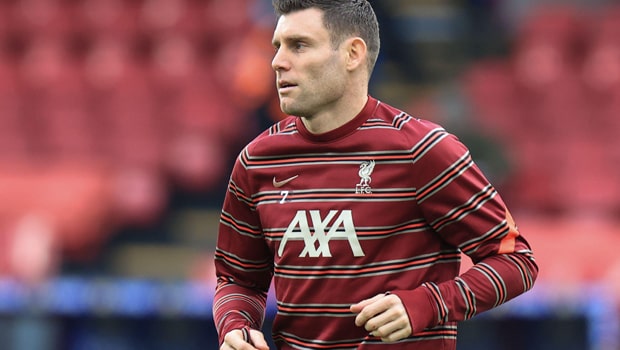 Liverpool midfielder James Milner has heaped praise on his teammate Mohamed Salah. The Egyptian has been in sublime form in the ongoing season and he has played a key role in Liverpool’s success. Salah, who has the skills to bamboozle any side’s defense, has so far scored 23 goals and nine assists in 26 matches he has played across all competitions for Reds in the ongoing season.

Milner feels he is blessed as he gets to train with Salah and added that some of the goals which the striker scores are just unbelievable. The midfielder rated Salah as the best player in the recent past.

Milner said, “For me, the last few months if he’s not, there is someone playing very, very well in front of him. For me, he is right up there – the goals he’s scoring, the numbers he’s putting up consistently, goals and assists.”

He added: “Obviously I might be slightly biased – and I’m blessed as well because I get to train with him every day, and see how good he is in training as well – but I think he has to be the best over the recent months, and hopefully long may it continue. He’s special. Some of the goals he’s scoring at times, you just have to stop and applaud them really.”

Salah has been simply sensational for Liverpool as he has delivered the goods for the club. The Red is nine points away from table-toppers Manchester United, though they have an extra game in hand. Thus, Liverpool is still in the title race and a lot of credit goes to Salah for being a consistent performer for the team.

Meanwhile, Mohamed Salah is currently on national duty for Egypt at AFCON. The forward has scored two goals for his national team and they have made it to the semifinals of the tournament.

Liverpool will next face Cardiff City FC in the fourth round of the FA Cup on Sunday.