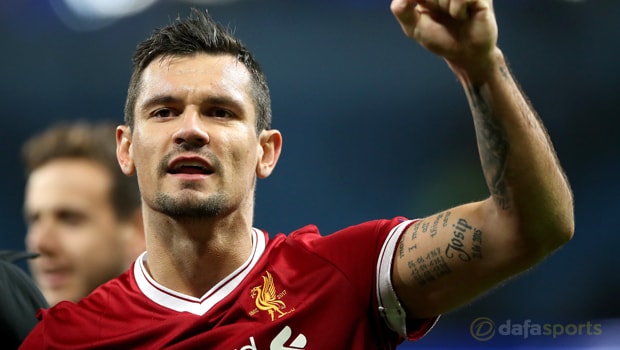 Liverpool centre-back Dejan Lovren insists he is ready to try and stop Cristiano Ronaldo in this weekend’s Champions League final.

The Croatian is currently preparing in Liverpool ahead of the final in Kiev after the Reds enjoyed a training camp in Marbella.

Lovren and fellow centre-back Virgil van Dijk are set to play in the heart of defence for Jurgen Klopp and they will be under immense pressure due to the threat of Ronaldo.

The five-time Ballon d’Or winner has already scored 15 goals this season in the Champions League but Lovren feels he and his team-mates have what it takes to silence the Portugal international.

“Throughout 15 years, every year he (Ronaldo) scores more than 30 goals,” Lovren said.

“Even if he has a bad season, he scores 30 goals, so you need to pay attention to that. We play in the Premier League against some of the best strikers in the world and we know how to defend like a team.

“Of course some parts of the game it will be one-against-one. It will be tough, but it’s a challenge that I’m ready for.”

As well as Ronaldo, Liverpool’s defence will be wary of the threat posed by Karim Benzema, Gareth Bale and Marco Asensio.

However, Liverpool will be confident their own attacking trio of Sadio Mane, Mohamed Salah and Roberto Firmino will have enough to get the job done.