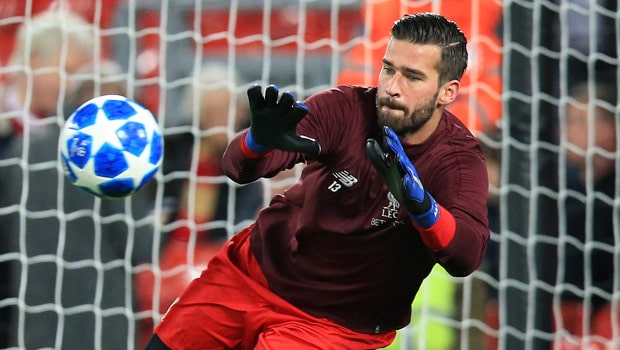 Allison Becker became only the sixth goalkeeper to score in a Premier League game after his late header ensured that Liverpool defeated already relegated West Brom 2-1 at the Hawthorns on Sunday.

The Reds need to win all their games to ensure a place in Europe next season with just two matches to go in the season. Sam Allardyce’s side took the shock lead in the 15th minute of the first half through Hal Robson-Kanu.

The Reds equalized through Mohammed Salah in the 33rd minute through an assist from Sadio Mane as the first half ended in a stalemate.

The game was heading for a draw but luck shone on Jurgen Klopp’s side when Allison headed in a corner in the 95th minute to ensure that the Reds put their top-four chances in their own hands.

It is the first time in Liverpool’s history that a goalkeeper will score for them in a competitive game. The win also put Liverpool one point off Chelsea in fourth.

The Blues lost 1-0 to Leicester City in the FA Cup final on Saturday at the Wembley Stadium and both teams will still face each other in the Premier League next.

Liverpool is now in fifth with 63 points, one point behind Chelsea in fourth, and three points behind Leicester City in the third position. Liverpool’s last two games of the season is away at the Turf Moor against Burnley and at home to Crystal Palace on the final game day of the season.

Meanwhile, in other matches on Sunday Crystal Palace came from behind to defeat Aston Villa 3-2. Anwar El-Ghazi had put Villa back in front after Christian Benteke equalized John McGinn’s early opener.

However, Wilfred Zaha and Tyrick Mitchell scored in the 75th and 84th minutes respectively to ensure the win for the Selhurst Parks sde.

Also, Harry Kane and Pierre-Emile Hojbjerg scored as Tottenham defeated Wolves 2-0 while Sheffield United got a shock 1-0 win away at Everton.