Alex Oxlade-Chamberlain: We fear nobody 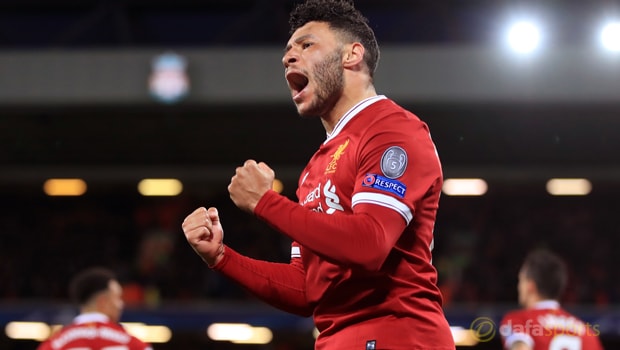 Liverpool midfielder Alex Oxlade-Chamberlain insists they will fear no team in the Champions League last four after dumping out Manchester City.

Jurgen Klopp’s Reds beat the soon-to-be Premier League champions home and away in their quarter-final tussle, emerging with a comfortable 5-1 win.

It means they join holders Real Madrid, Bayern Munich and Roma in the semi-final draw on Friday. None of the four remains sides managed to win both legs of their last-eight ties, bar Liverpool.

Real Madrid came with a whisker of throwing away a 3-0 first leg lead as they lost 3-1 to Juventus in Spain on Wednesday, while Bayern played a scoreless draw with Sevilla in Munich.

Roma meanwhile were outstanding as they overturned a 4-1 defeat to Barcelona in the Nou Camp with a 3-0 second leg success.

Oxlade-Chamberlain insists there will be no fear from Liverpool on matter what the draw gives them.

“Whoever we get in the next round it doesn’t matter,” he said.

“This is a massive confidence booster for us. To beat City twice is no easy feat. We did it twice in a week and we also did it at an earlier stage this season.

“It just shows to us that when we are at the right level we can beat anyone.

“People might say Roma is the preference but look what they did [knocking out Barcelona], they performed amazingly well.

“It doesn’t matter who we get, we have to make sure we are ready for anyone and we can beat anyone.”

Liverpool are 4.00 to win the Champions League. Real Madrid are 2.50 favourites to win for the third year running while Bayern are 3.00 and Roma are 11.00.