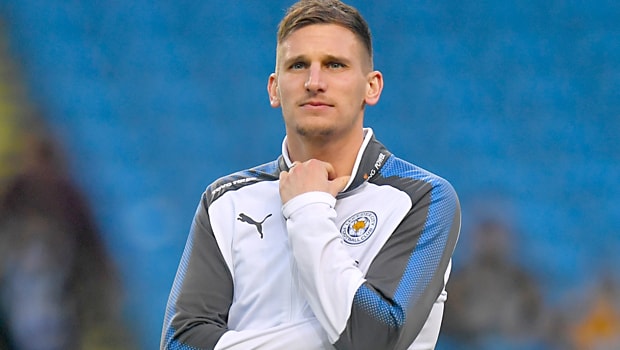 Marc Albrighton is pleased with the way he has started the season, particularly his link-up play with Leicester City’s summer signings Ricardo Pereira and James Maddison.

Former Aston Villa star Albrighton played in an unfamiliar right-back role in the Foxes’ 2-0 victory against Wolves last weekend which allowed Pereira to get forward.

“I played with Ricardo against Valencia in pre-season and I felt like we complimented each other well,”
said Albrighton.

“When he bombed on, I filled in for him and we had a good couple of moments out there.

“Against Wolves, I felt like it was starting to click a little bit at times. It’s obviously difficult when you get new players in and you need to gel so early on.

“Ricardo joined up with us late because of his involvement in the World Cup, so it takes time to get to know how everybody works, the same with James Maddison as well.”

The Foxes visit Southampton this weekend and Japan international Shinji Okazaki could miss the game as he is continuing to struggle with an injury.

Leicester boss Claude Puel said: “We will see with Okazaki, perhaps he is match-fit. We will see.”

Matty James will definitely miss the St Mary’s clash while new signing Caglar Soyuncu is still not fully-fit as he picked up an injury before his deadline day arrival at the King Power Stadium from Freiburg.

Puel signed Soyuncu for a reported £19million and the 22-year-old Turkish defender looks set to feature for Leicester’s Under-23 side next week in a bid to get his fitness levels up to scratch.

Leicester are available at 3.10 to beat Southampton while the draw can be backed at 3.20.