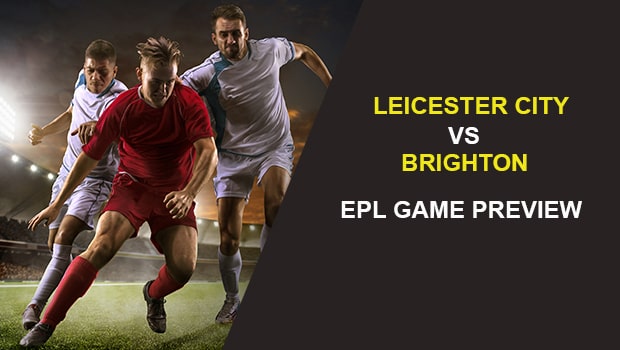 Leicester City is in 15th place in the Premier League standings with 17 points in 19 games while Brighton & Hove Albion is in seventh place with 30 points in 18 games.

Two-star (out of four) AccuScore hot trend pick on the total in this one. Average score in simulations is Leicester City 1.24 to Brighton & Hove Albion 1.23.