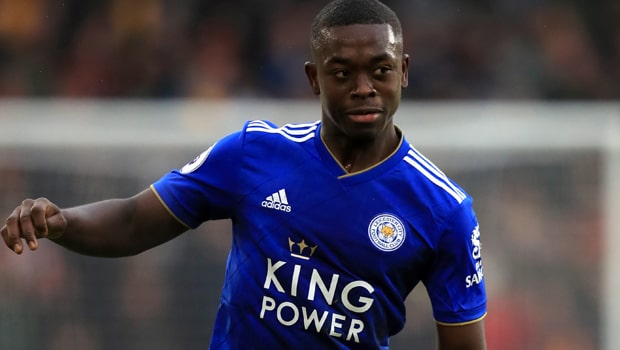 Leicester City midfielder Papy Mendy insists his side have benefited from a short break as they prepare to face Liverpool on Wednesday night.

Claude Puel’s men were knocked out of the FA Cup in the third round by League Two outfit Newport County. As a result they enjoyed a weekend off last week as they prepare to try and overcome the Premier League leaders at Anfield.

Leicester have now lost their last three matches in all competitions, with their last defeat coming at the hands of Wolves.

A 4-3 thriller at Molineux saw Leicester drop down to ninth in the table but Mendy is relishing the chance to return after a few days’ rest.

“We have to stay concentrated,” Mendy told the club’s official website.

“We can work well, and we can think about Liverpool, we can prepare well to fight.

“It is good to have a little break because I think we need it for our minds. The last three or four games were not easy.

“It is never easy when we lose but we are professional and that is football. Sometimes we win, sometimes we lose. We do the maximum to get the maximum result.

“We play together and we have to fight together and yes, the Premier League is very difficult because every weekend we play against a tough team. It is a good challenge to get a good result at Liverpool.”