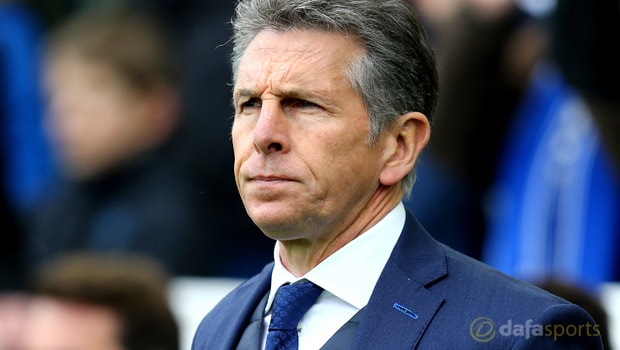 Leicester City boss Claude Puel was disappointed with his players for their lack of “tempo and rhythm” during their 2-1 defeat by Newcastle at the King Power Stadium on Saturday.

The Foxes had been hoping to put pressure on seventh-placed Burnley before kick off but they never got going in front of their own fans.

Newcastle claimed the lead through Jonjo Shelvey before adding another through forward Ayoze Perez.

Striker Jamie Vardy did manage to pull a goal back with six minutes to go but Newcastle saw the game out.

The defeat leaves Leicester without a home win since January 20, while their hopes of qualifying for the Europa League now look over. Speaking after the match, Puel admits his team did not deserve to win.

He told Sky Sports: “Our performance was not good enough in the first half.

There was no tempo, no rhythm. There was a good reaction in the second half like we did against Brighton [last week] but this time we cannot come back in the game.

“Last game we were lucky to come back in the second half. Today it was not enough.

“We have the quality to come back into the game in the second half, but we have to correct this and start games well.”

Leicester are next in action on April 14 when they travel to Burnley.