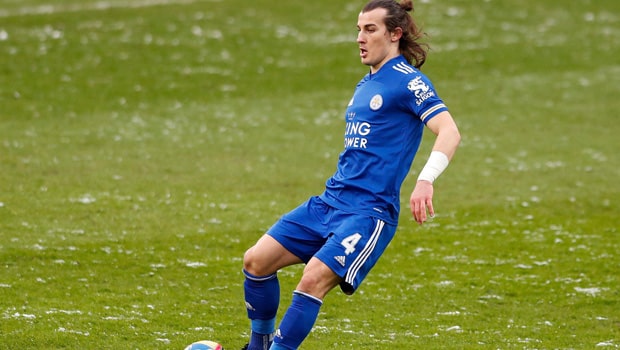 Manchester City has been crowned the champions of the Premier League on Tuesday evening after Manchester United was defeated at the old Trafford by Leicester City.

The Red Devils hosted Leicester on Tuesday with the Foxes chasing a place in the UEFA Champions League next season.

Brendan Rodgers’ side secured all three points with a 2-1 victory which means that Manchester United can no longer automatically overtake Manchester City with just three games to go.

Leicester City took the lead through Thomas in the 10th minute but got an equalizer through Mason Greenwood 5 minutes later.

Defender Cagler Soyuncu headed in the winner for Leicester City in the 66th minute to condemn Manchester United to a defeat and win Pep Guardiola’s side the title.

The win ensured that Manchester United is now ten points off City with three matches left to play.

The title triumph is Manchester City’s third title in the last four years and the Spanish manager reckoned it as the most difficult of his title triumphs in England.

“This has been a season and a Premier League title like no other, This was the hardest one. We will always remember this season for the way we won. I am so proud to be the manager here and of this group of players.” said Guardiola.

Manchester City is still hunting for a treble this season after winning the Carabao Cup earlier this month by beating Tottenham and also with the Premier League title, City needs just the UEFA Champions League trophy on May 29 against Chelsea to complete a famous treble.

In the Premier League, Dany Ings scored a brace as Southampton defeated Crystal Palace 3-1 on the night.

Crystal Palace took an early lead in the second minute through Christian Benteke but Danny Ings scored a brace first coming in the 19th minute before Che Adams’s goal in the 48th minute.

Ings, who was only returning from an injury sealed the win with his second goal in the 75th minute.