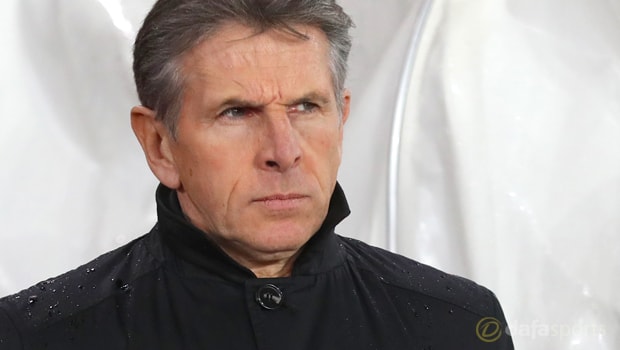 Leicester boss Claude Puel has refused to rule out the possibility of allowing Ahmed Musa to leave the club during the January transfer window.

The Nigeria international has only featured once for the Foxes so far this season – in a Carabao Cup tie against Sheffield United in August – and has not even made the bench since Puel took over the managerial reins at the King Power Stadium in October.

The 25-year-old’s lack of action has led to speculation he could leave the club during next month’s transfer window and Puel has not ruled out that possibility although he has also praised the winger’s attitude on the training ground.

“It’s not the time to speak about if he can bring something to the squad or if he can leave the squad in January,” Puel told the BBC.

“We’ll look at all the players. At the moment the status quo remains.

“Sometimes it’s tough, it’s difficult for the staff to make a choice and give him more game time but in training sessions he always has a positive attitude, and this is very important for him and the squad.”

Puel admits the former CSKA Moscow player has been unfortunate as he faces stiff competition for a place in the team from the likes of Marc Albrighton, Demarai Gray and Riyad Mahrez.

The Frenchman added: “He can attack space, has good penetration but there’s imbalance in competition with (Marc) Albrighton, (Demarai) Gray and (Riyad) Mahrez.”

Musa is likely to have to watch from the sidelines again when Leicester travel to Anfield to take on Liverpool on Saturday.