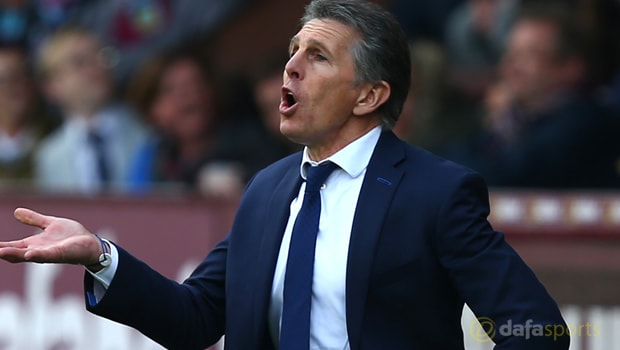 Leicester boss Claude Puel accepts his side’s chances of qualifying for Europe are remote but he wants a strong end to the season regardless.

The Foxes slipped to a 2-1 defeat at Burnley on Saturday and are now nine points adrift of the Clarets, who are seventh in the Premier League table.

Seventh place could be enough for a Europa League place but Puel admits catching Burnley looks unlikely for Leicester with five games to go.

However, the Frenchman doesn’t want his side to drift towards a mid-table finish and has urged Leicester to ensure they end the season inside the top 10.

“Of course it is a big disappointment for everyone after this game [the loss at Burnley],” Puel told the Leicester Mercury.

“I think we showed in our play some good things. It was a good performance.

“It is a big difference between the last game at home (the defeat to Newcastle) and this game and now we have to continue with the same quality and positive attitude.

“I hope we finish with strength, with a positive attitude and together because all the players, the fans and the chairman, the entire club deserve to finish in the top half of the table. It is crucial.

“It is a big disappointment but if we remember where we were in October it was amazing to be able to play for Europa League qualification at this stage of the season.

“It is important not to forget this way and all the difficulties during the season.

“Now we must finish strong together and see. It would be a good reward.”

The Foxes are next in action on Thursday when they host Southampton and can be backed at 2.20 to claim the win. Struggling Saints are 3.20 to come out on top and a draw is 3.40.